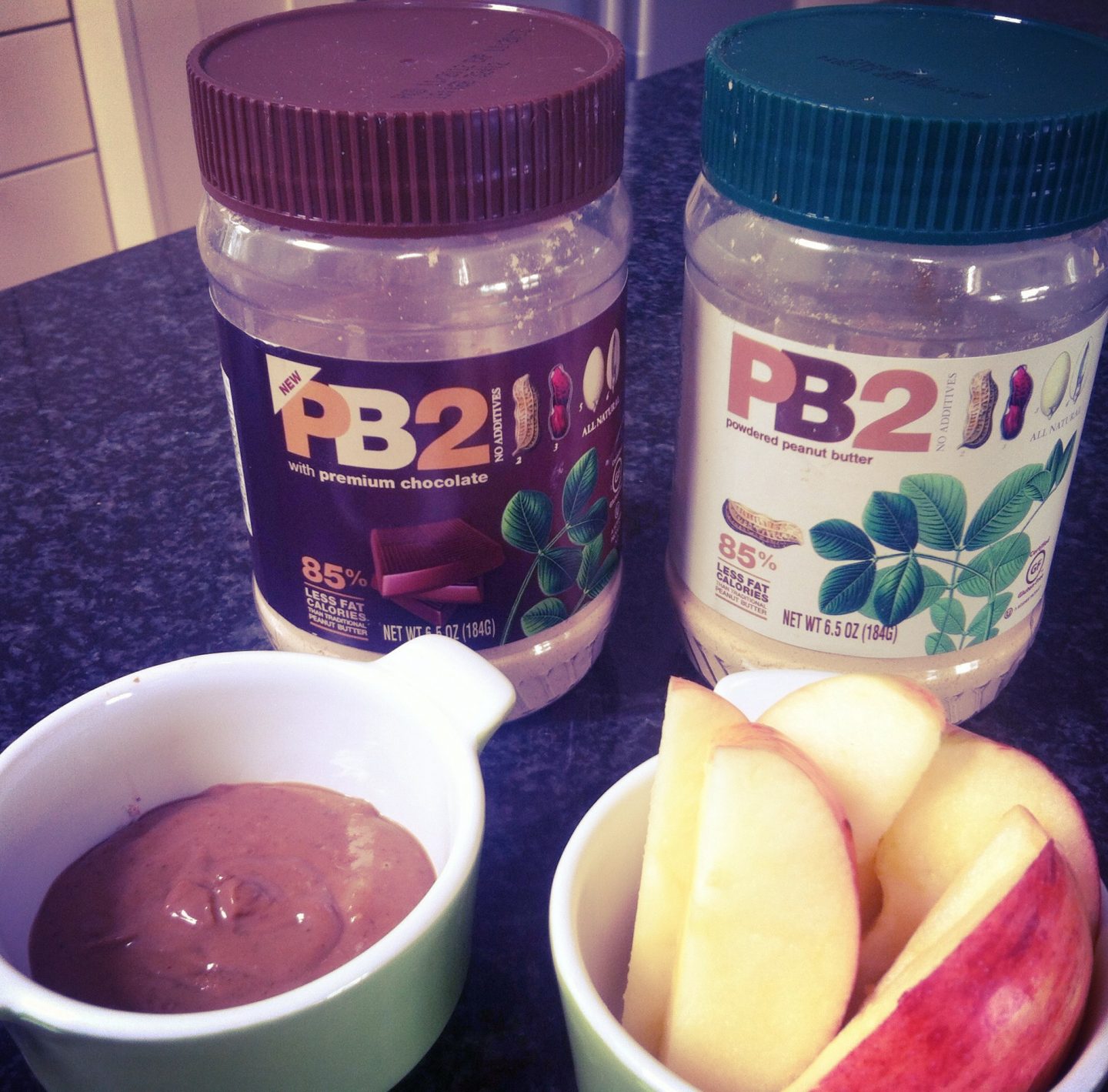 Do you love peanut butter? I discovered my love for peanut butter only a few months ago and have been hooked ever since. It’s not unusual for a jar to last me less than a week – which may be good for someone who’s trying to gain weight, but certainly is NOT for someone who isn’t(!). Introducing PB2.. PB2 is basically a peanut butter powder that has 85% less fat and calories than regular peanut butter. PB2 is created by slow roasting peanuts before pressing them to remove 85% of the fat and oil. The result is an amazing peanut butter flavour that’s deliciously rich in taste, high in protein, wonderfully healthy and super versatile.

Now, I have to admit that PB2 is certainly a ‘grower’ – at first I was disappointed that it wasn’t EXACTLY like my regular peanut butter but then after a few weeks I liked it more and more – and then when I finally repurchased a regular jar of peanut butter I was left disappointed! PB2 is a big thumbs up from me and I will most certainly be re-purchasing (I haven’t found PB2 in the shops in the UK so please let me know if you find it.. check out Amazon

The jars of PB2 suggest that you mix 1 tbsp of water to 2 tbsp of PB2 and stir, stir, stir until smooth, I however find that the taste is much nicer when mixed with milk instead of water and you often need a little more than 1 tbsp of liquid .. my ultimate favourite has to be PB2 with Koko Coconut Milk (formerly Kara Dairy Free), or it’s also nice with almond milk (use the unsweetened variety for less added sugar).

There are two different types of PB2 – regular and chocolate. If I had to choose only one for the rest of my life it would most certainly be the chocolate variety (and it’s only 2g extra sugar per serving).. and here are my top tips on how to use PB2:

If you want to make big batches of PB2 then I would suggest using your food processor to combine the PB2 and then water/milk until you have your desired consistency – that’s the real beauty about PB2, you’re fully in control of how creamy and ‘gooey’ you want it to be! You can also sweeten PB2 (if you have a sweet tooth!) with a little stevia (natural sweetener). 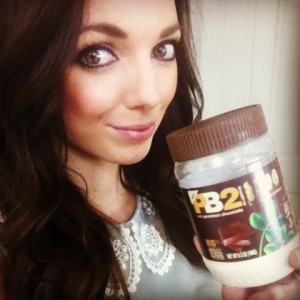 You may be wondering however, what are the downsides to PB2.. well, if 85% of the fat is removed then so are 85% of the fat-soluble vitamins, namely vitamin E, and just like most jars of regular peanut butter, PB2 does have small amounts of added sugar and salt. I for one however live by the 80/20 rule and am more than happy to keep using PB2 as a great tasting source of protein (5g per 2 tbsp) and a way of NOT piling on the pounds (if you have the will-powder to keep your regular jar of peanut butter opened and in your fridge for longer than a week then I salute you!!).

*Samples of the product mentioned were supplied to me free of charge however this review is 100% honest and of my own opinion. I was not influenced in any way by the free samples supplied and do not promote this product more than other products that I have not reviewed. This blog post contains an affiliate link. Please read my disclaimer page for more information.