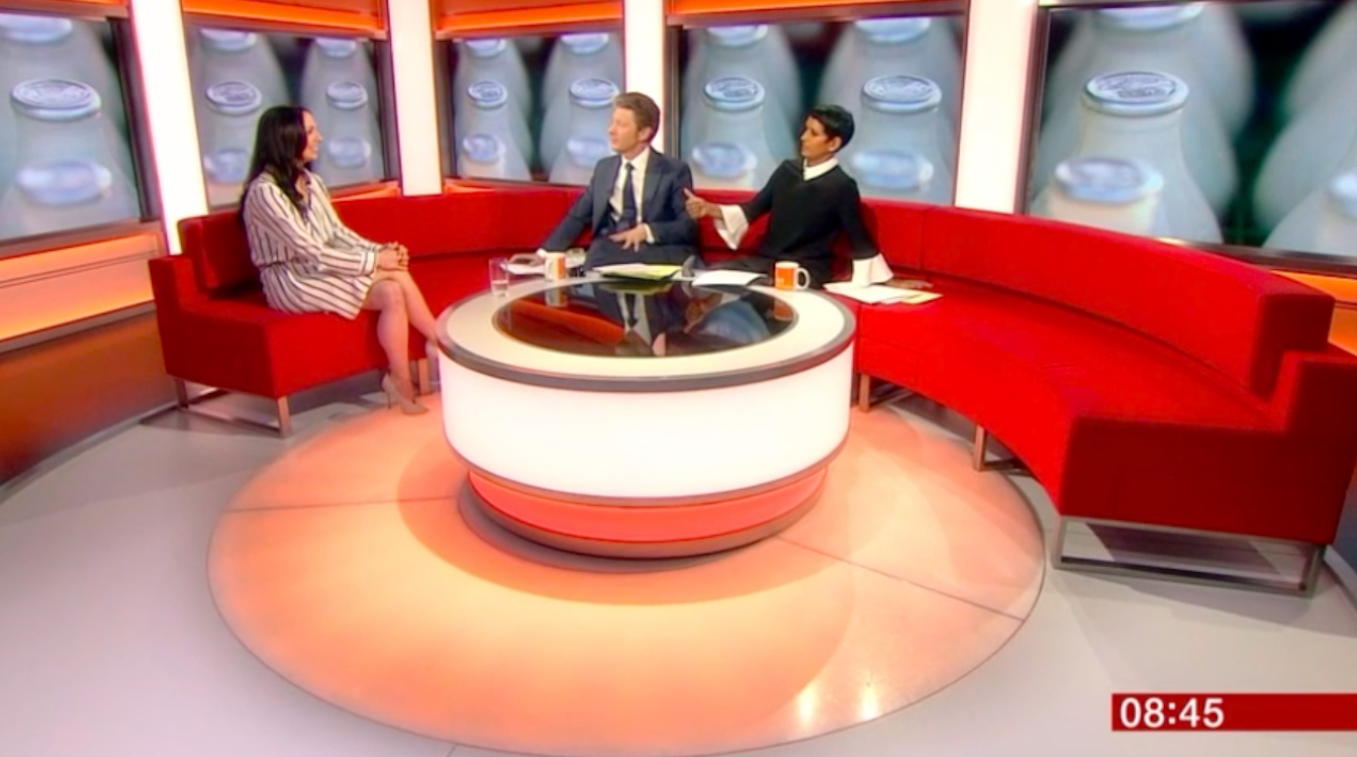 Last week I spoke live on the BBC Breakfast sofa about the rising number of millennials drinking milk alternatives..

I said it’s interesting (especially how this trend isn’t replicated in other age groups) but not surprising & it could be down to social media as lots of wellness bloggers ??‍♀️ & recipe creators are using milk alternatives (so it’s very trendy!) & also young people can be susceptible to misinformation about dairy thanks to scaremongering from inaccurate documentaries (mentioning no names!!) because unless you’re intolerant or allergic dairy milk is perfectly healthy to have as it’s rich in protein and it naturally provides calcium, vitamin D (in small amounts), vitamin B12 as well as iodine which is important for your thyroid & metabolism as well as when you’re pregnant and breastfeeding. ??

Milk alternatives are often lower in calories (which children in particular need) and protein than cow’s milk and some unfortunately aren’t fortified; particularly the organic varieties or those made at home, and some have added sugar; for example the chocolate flavoured ones. ?

TAKE HOME MESSAGE: A balanced & varied diet is key for health.. There’s often no need to cut out dairy milk but if do like the taste of milk alternatives choose unsweetened and fortified varieties (look for calcium, vitamin D, B12 and iodine).. to reduce the risk of osteoporosis later in life (you need calcium in order to ensure adequate bone density which peaks between the ages of 25 to 30). And include other dairy products (eg yoghurt/cheese) as well as fish, or even a multivitamin to prevent an iodine deficiency.

I personally love unsweetened almond milk in my porridge & smoothies but ALWAYS have semi-skimmed cow’s milk in my tea!