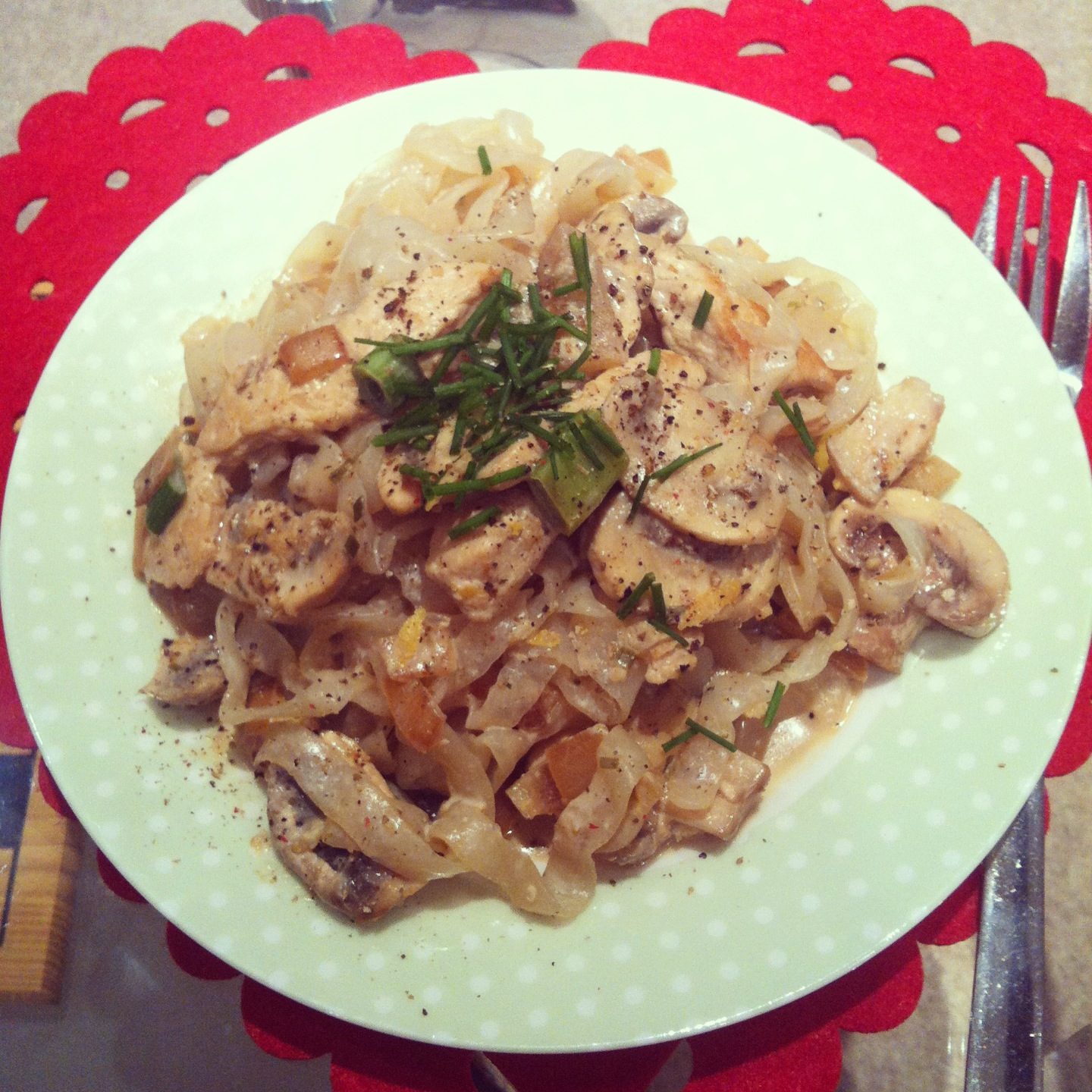 This dish tastes AMAZING, and given how creamy it is you would never guess that it’s actually super low in calories.

This recipe is perfect for those trying to lose weight as it’s high in protein, which helps us to feel fuller for longer and low in fat, which means low in calories (it uses lean turkey & light cream cheese).

*all pasta has a low GI (meaning it releases its energy slowly), choose whole-wheat for additional health benefits

including extra fibre and minerals and choose fresh pasta if you tend to suffer from bloating (it’s easier to digest!)

Cut the turkey breasts into strips and add to a non-stick pan sprayed with low-calorie oil. Fry for ~5 minutes until just cooked.

Slice your vegetables and add the onion to the pan for 1-2 minutes before adding the mushrooms and spring onions and frying for 2-3 minutes.

When the vegetables are soft add the cream cheese and stir well before adding the chives and lemon zest.

UPDATE: Thank you to everyone who sends me pictures of my recipes on Twitter & Facebook – here are a selection!! 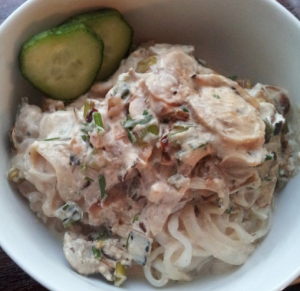 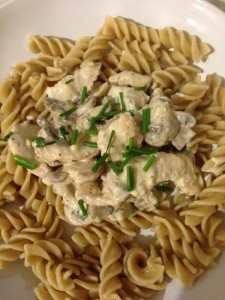 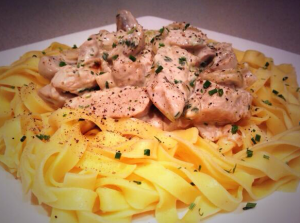 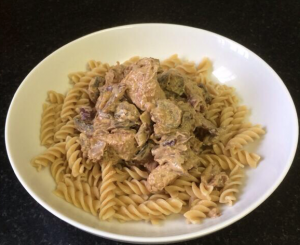 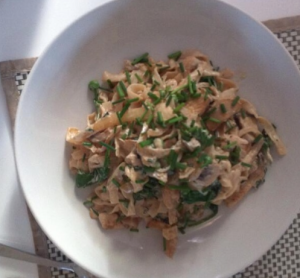