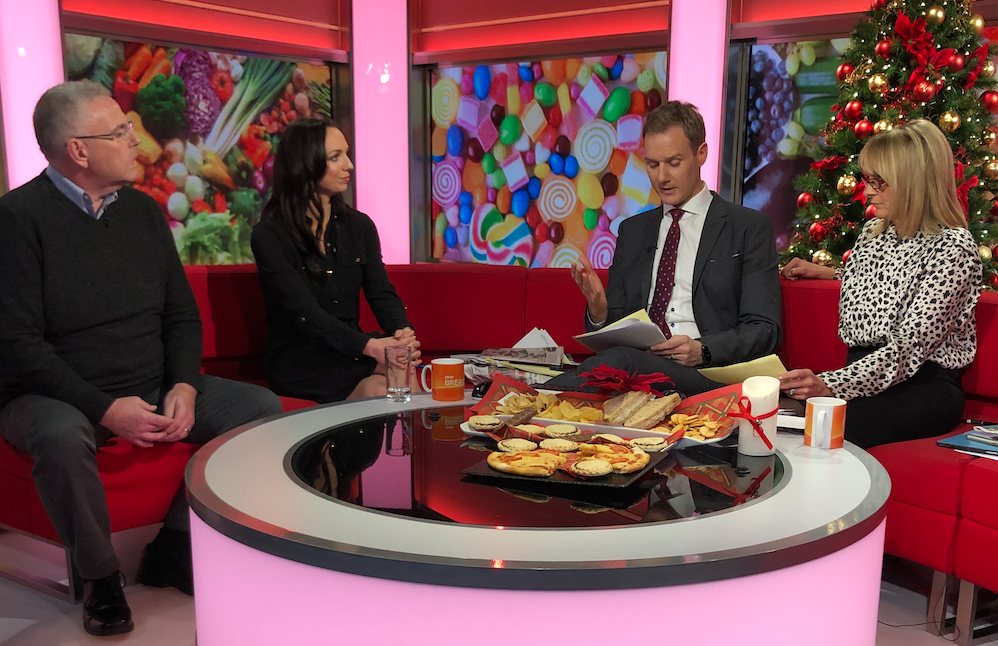 Last month I headed to Media City to discuss live on BBC Breakfast the proposals to include Physical Activity Calorie Expenditure (PACE) Labelling on food packaging. Essentially, this would mean the food packaging would show the number of minutes it would take to burn off that food by running or walking. Sounds simple, right? Not quite… here’s what I had to say on the matter!

There are a number of caveats to this proposal which I discuss in the video clip above, and as a spokesperson for the British Dietetic Association, I felt it was my responsibility to highlight some of the issues that could be caused.

Firstly, it could be extremely problematic for those with eating disorders, or disordered eating, as it portrays the idea that food needs to be earned or burnt off. There are two main issues with this:

The first is that our bodies burn calories even at rest, and we all burn a different number of calories based on our age, gender, size and muscle mass.⁣

??‍♀️ It is important to reiterate here that exercise should be done for health and enjoyment NOT punishment. The benefits of regular exercise go way beyond it’s ability to burn energy and the positive effects on our cardiovascular and physical health. There is also strong evidence of the beneficial effects on our mental health too, which is why it’s so important that being physically active shouldn’t be done simply out of feelings of guilt.

Secondly, this proposal gives the message that food is simply calories and nothing more, and this is far from the truth as foods are not equal.

? For example.. 200 calories of vegetables provides much more in the way of nutrients and fibre than 100 calories of biscuits, which provide a lot of added sugar. This is not to say that we can’t eat biscuits – they’re a source of carbohydrates which is our bodies preferred source of energy! It’s just that ideally we should eat them less often and opt for more nutritious sources of carbohydrates such as whole-grains and starchy vegetables. ⁣

It is also important to remember that not everybody has the ability to burn their calories by walking or running (for example people who use a wheelchair), which is another issue with introducing PACE, as it is not inclusive for the whole population.

? Traffic light labelling is a more inclusive approach which highlights the sugar, salt, fat & saturated fat content too, which can be useful for the wider population as it’s more easily interpretable than a simple back of pack label. Unfortunately, it is not yet mandatory and is often used inconsistently, leading to confusion amongst consumers. Additionally, better portion labelling is needed for both children and adults; for example on drinks such as fruit juice, which although can be consumed as a part of a healthy and balanced diet, should only be consumed in small quantities (150ml a day). ⁣

Whilst the studies included in the systematic review looking at the evidence of PACE found that people ate slightly fewer calories at a meal when presented with this type of labelling, we need to think critically here:

? People still smoke despite the horrific images that are now displayed on packets, which shows that people become immune to pictorial messages over time.⁣
⁣
? Which foods would it apply too? Takeaways? Healthier foods? What is the definition of healthy? Foods aimed at children? Who decides?⁣
⁣
?You DON’T have to burn off or earn a pizza, but you do need to eat it within the context of a healthy and balanced diet across the week..⁣
⁣
? Remember, you CANNOT out run a bad diet… you can’t just live off chocolate and fizzy drinks as long as you run/walk enough.. that simply isn’t healthy!⁣

What do you make of the PACE suggestion?