If you’re thinking about buying a Misfit activity monitor or have one already and want some tips on how to use then you’ve come to the right blog post.. here is my Misfit review (comparing both the Misfit Shine and Misfit Flash to the FitBit!).

I’ve been wearing my Misfit Shine (aka a very good looking, waterproof and accurate activity tracker) for a few weeks now and prior to this wore a Fitbit. Replacing my Fitbit with a Misfit felt a bit like getting a phone upgrade – the purpose/function of it is still the same i.e. to count steps, but the look and features of it are way better(!).

Check out my video below to hear what I think to the Misfit and for close ups of what the Misfit Shine & Flash look like next to each other and how to use the app too!

Activity monitors such as the Misfit are designed to motivate you to becoming more active during the day and given my relatively sedentary job (sat in front of a computer or sitting in clinic) I was keen to get off my bum! When I went from working on the wards in my very first job as a dietitian to what I do now I actually managed to gain 10lbs in a year – yes eating more had something to do with that (I was baking LOADS for my YouTube channel!), but being more sedentary definitely played a role.

I wear my Misfit Shine most days on my left wrist (non-dominant) and take it off for driving – which is what I had to do with the Fitbit unless I wanted it to inaccurately count a few more steps. The other option would be to simply wear it on my right wrist (which doesn’t move the gears in my car!) but I’ve got into the habit of taking it off and putting it in my bag or on the seat and putting it back on when I get out (only 2-3 x a day) so it’s staying on my left wrist! 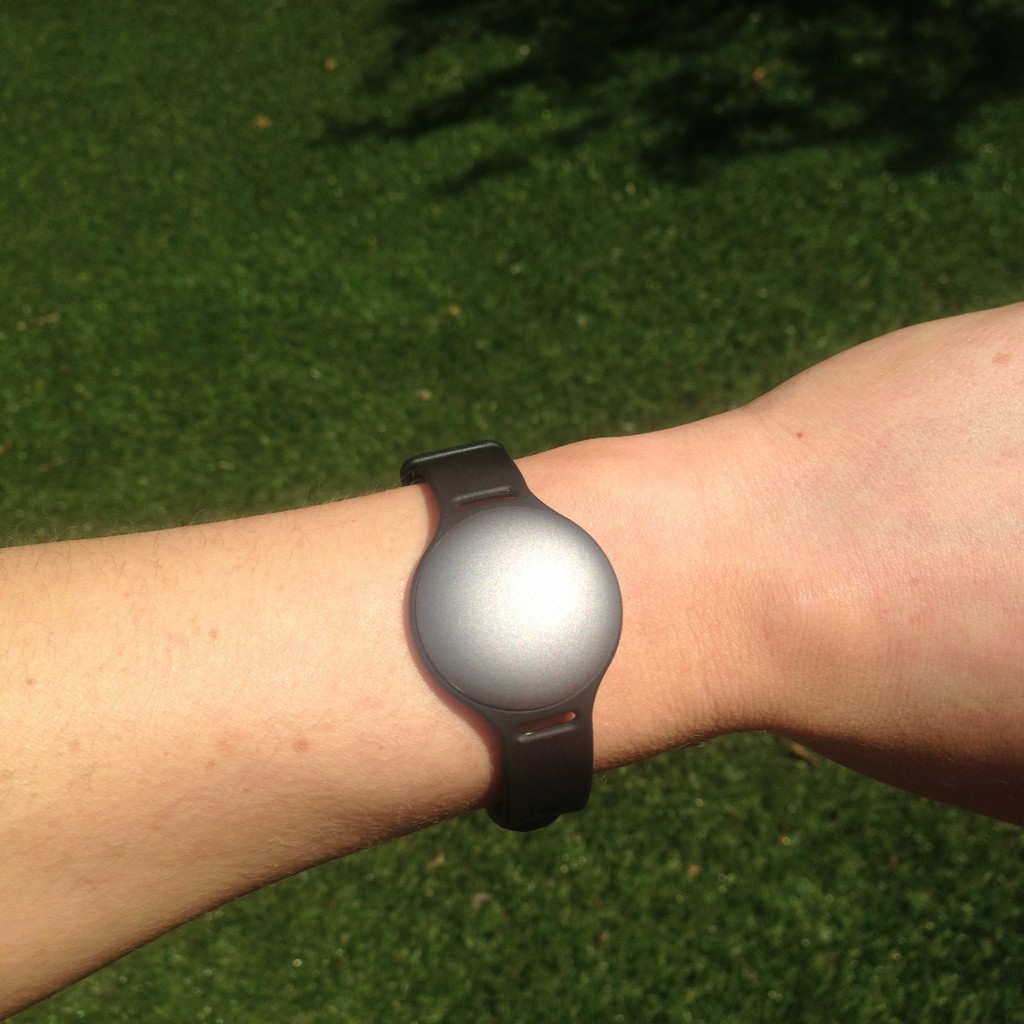 The Misfit, like the Fitbit, counts steps, but what it also measures is the intensity that you take those steps and converts it into points e.g. you get more points for running 20 steps than you would do for walking 20 steps.

The Misfit can be placed anywhere on the body thanks to a magnetic clip which means that exercises such as spinning or cycling can be tracked by wearing it on your leg/sock – genius!! The Misfit is also waterproof, meaning that it will track your activity whilst swimming – not something I do regularly but my friend loves this!! From a waterproof point of view it’s great to know that after a work out (I follow YouTube videos such as Fitness Blender, Blogilates & the Tone It Up girls!) I don’t have to take it off before I get into the shower!

As well as tracking your steps, activity and estimated calories burnt (which it tend to under-estimate for me), the Misfit also tracks your sleep – so no need for a separate app to do that! It works by tracking your movement in bed and works out how much deep vs. light sleep you have. I’ve worn it for a few nights and it definitely makes you more conscious about going to bed earlier – I like to aim for 7-8 hours sleep a night so when it said ‘6h 30min’ I made a quick plan to go to bed earlier the following night! 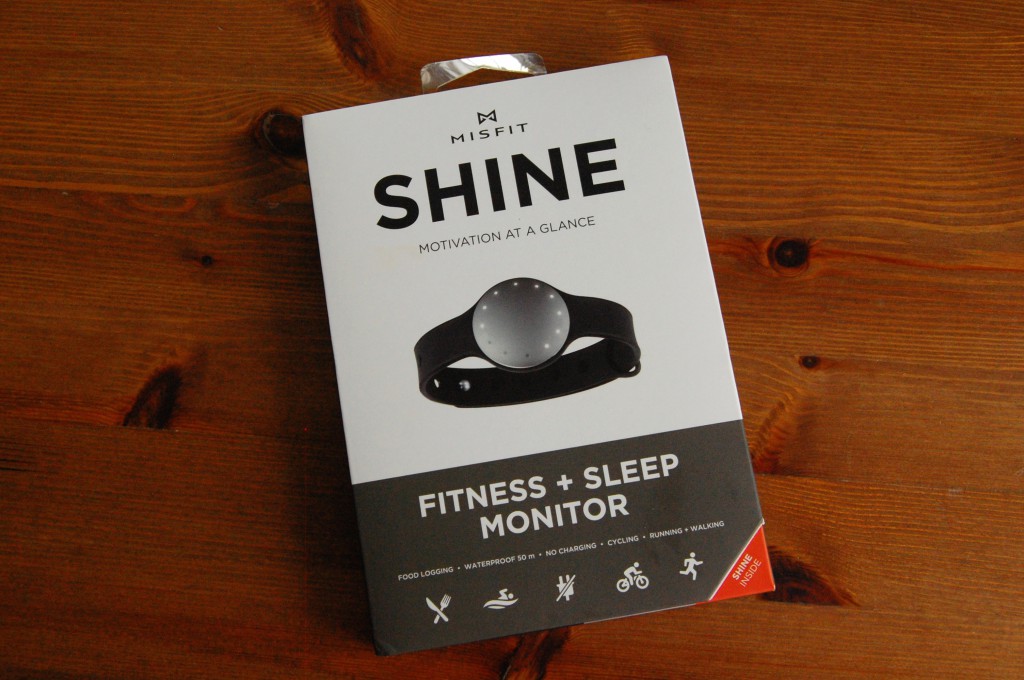 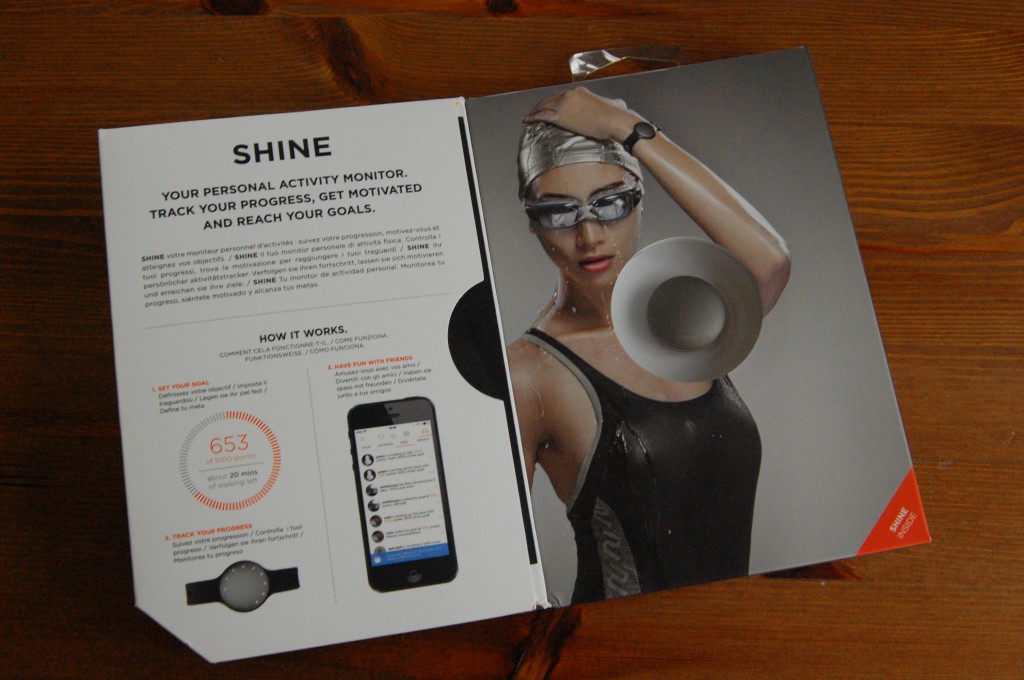 On the subject of apps, the Misfit apps syncs with other apps such as MyFitnessPal (to track calorie intake – although I haven’t managed to link them yet), RunKeeper, IF by IFTTT and a few more.

The Misfit app itself is easy to use and I really like how you can see when you were more intensely active over the day and how many steps you took/points you accumulated; e.g. I can see how many brisk steps I take from my car when I’m walking into work. You can also make friends with other people who have Misfits which I think is perhaps my favourite feature – you get notifications over the day if your friend is creeping up on you on the points scale and it really incentives you to keep moving!!

After using the Misfit Shine I bought the Misfit Flash (the cheaper version) to compare it – although the technology is the same (as I say in the video), it’s made from a much cheaper, bulkier material – think more plastic rather than rubber. The Shine in my opinion is definitely worth the extra money and is a must if you like to go swimming. I actually bought my mum and sister the Flash and because my sister kept swapping from the watch strap to the clip the watch strap broke in a matter of weeks – she is now returning the Flash and is buying the Shine!! 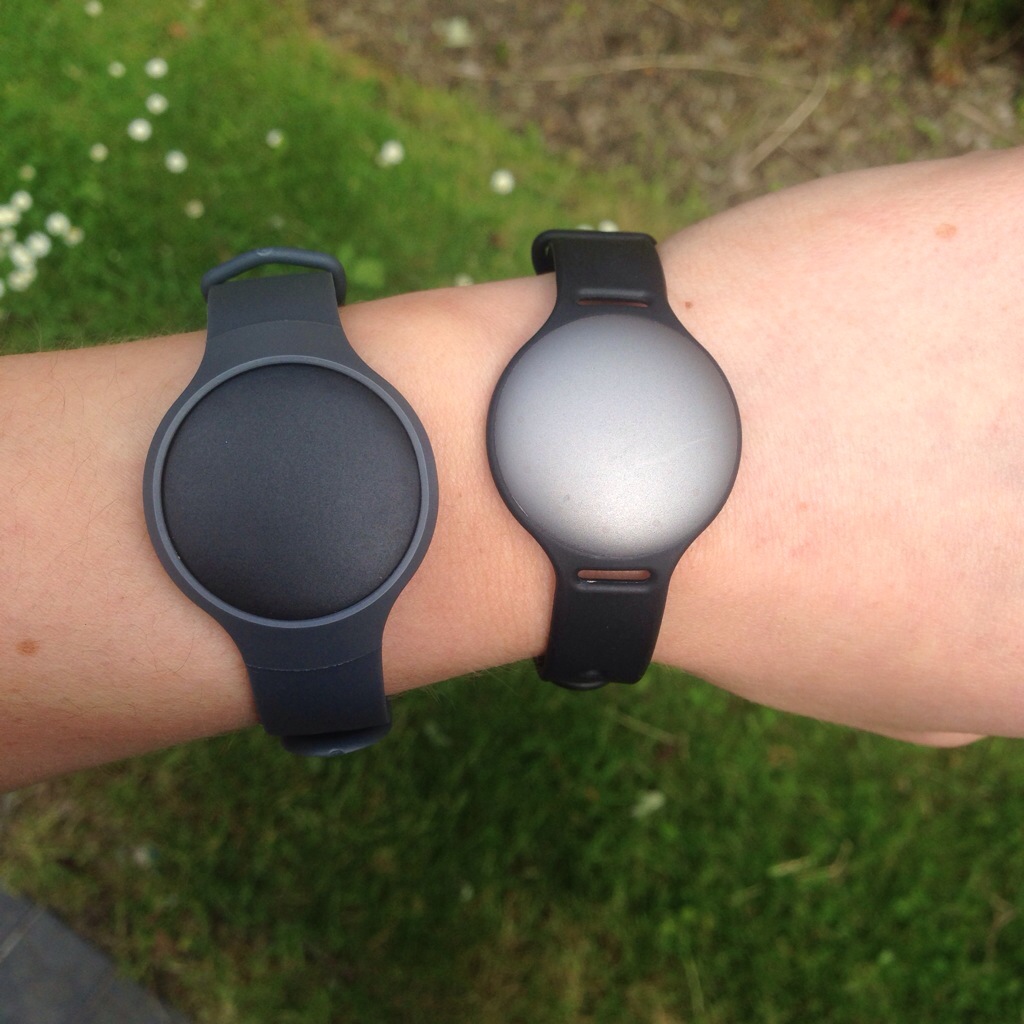 All in all I LOVE my Misfit Shine and it has definitely made me more active thanks to the ability to make friends with my friend who introduced me to the Misfit (she heard about it at the gadget show!) and my sister! It looks great and I love the fact that you don’t have to charge it. My friend especially loves the fact that you can wear it swimming too.

So, here are the Pros and Cons of the Misfit Shine activity tracker in my opinion:

CONS/How it Could be Improved

Do you have a Misfit?! Do let me know what you think to it if so and if I should add any more things to my Pros and Cons list!!

The lovely people at GetDevice.com have given me TWO Misfit Shines to giveaway!!

To enter the giveaway all you have to do it either;

1) Subscribe to my [Youtube Channel] and comment on [this video] telling me how you feel an activity monitor would or has benefited you, and register your entry within the top widget below …

2) Follow me on [Instagram] – just because I reached 10,000 followers on there the other week (!!), tag 3 friends below [my giveaway picture] and register your entry within the bottom widget below …

There are other ways of getting my entries within the widgets too!

This giveaway will be kept open for two weeks; from Sunday 21st until Monday 6th July and I will announce the two winners on Tuesday 7th within the widget, in my newsletter and on social media too! This giveaway is open to UK residents and I wish you all the very best!!

*I have been given 2 Misfit Shine activity monitors to giveaway and was given a sample of the Shine to try however bought the Misfit Flash with my own money. I chose to write a blog post about the device and make a video based on how impressed I have been. All opinions are 100% my own and are honest.