Avoiding gluten is a current trend in the ‘diet world’.. but who should avoid it? And what exactly is it?! If you’re wondering the answers to these questions then carry on reading!

New rules around labelling now make it easier to spot gluten containing ingredients (such as wheat) as these are now highlighted in bold in the ingredients list and are listed under a section called ‘allergy advice’. Many products are also now stating on the front of pack if they are indeed ‘gluten free’. 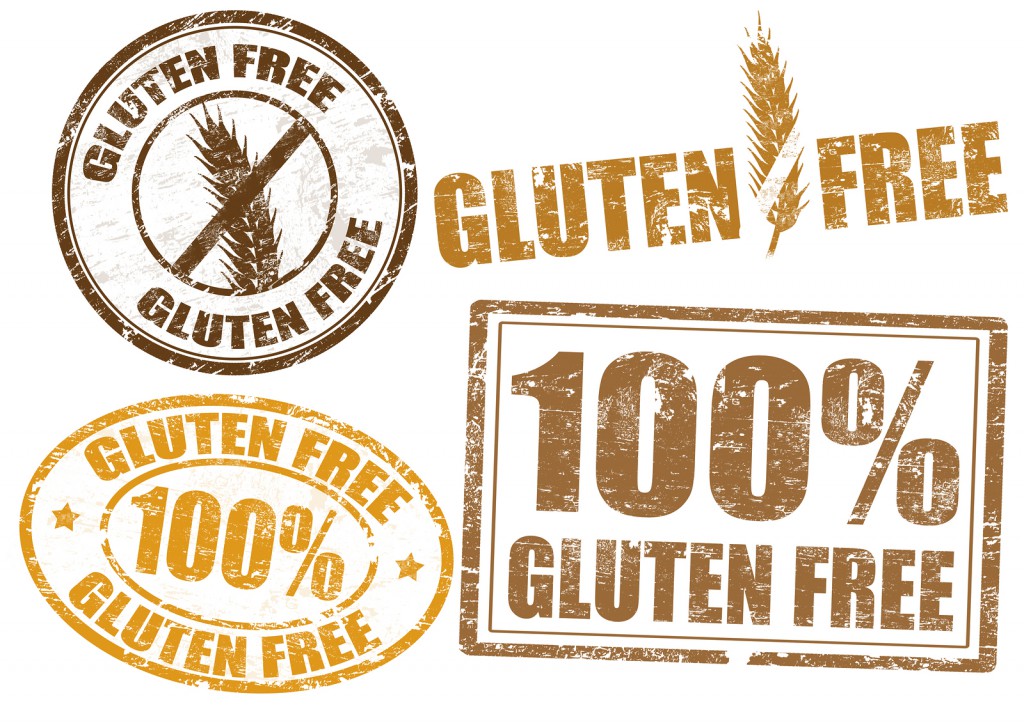 The most common reason for following a gluten-free diet is if you have coeliac disease (pronounced see-liac disease). Coeliac disease is a lifelong autoimmune disease caused by the immune system reacting to gluten. People with coeliac disease shouldn’t eat gluten as it damages the lining of their gut (small intestine). Some people with coeliac disease can also react to oats, because they are often produced in the same place as other gluten containing grains. To ensure oats are gluten free you must look for ‘gluten free’ on the label, which means that they are uncontaminated. A very small number of people are sensitive to pure oats because of a protein that’s similar to gluten called avenin.

You can find out more about coeliac disease on NHS Choices. 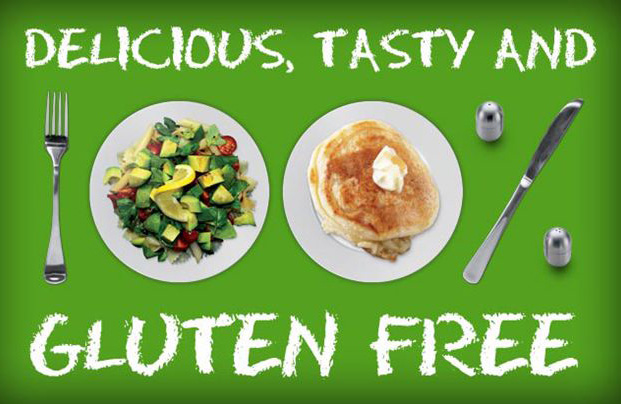 If you have been diagnosed with coealic disease or suffer with gluten intolerance (not to be confused with bloating from IBS, FODMAP foods or eating resistant starches found in processed foods, part-baked breads and cold potatoes or pasta) then you will need to avoid gluten for the rest of your life.

Naturally gluten-free foods include fresh meat and fish, fruit and vegetables, rice, potatoes, beans and lentils. You can now also buy gluten-free substitute foods (often found in the ‘free from’ section of the supermarket) such as gluten-free bread, pasta, crackers and biscuits and other packaged foods that are labelled as being ‘gluten free’ e.g. burgers and sausages.

For more information about following a gluten-free diet check out Coeliac UK. 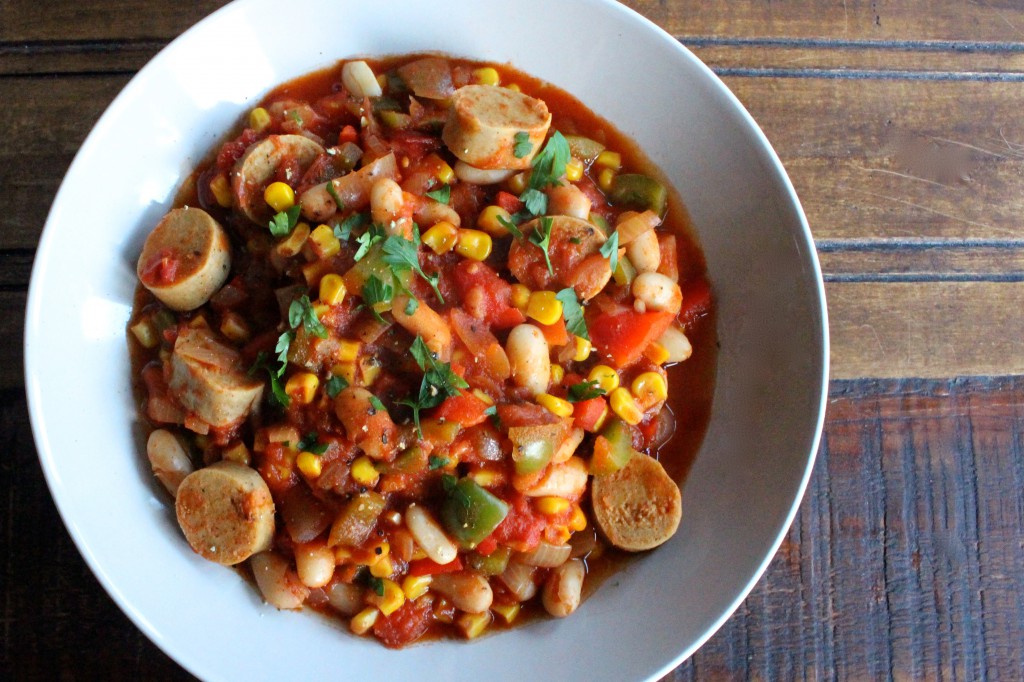 More and more products are coming to supermarket shelves that are gluten free, giving people with coealiac disease or gluten intolerance a much wider variety to choose from (they no longer need to head straight for the free-from aisle!).

Quorn is one brand who has widened their product range to include (made with a new recipe!) Meat-Free Gluten-Free Sausages and Meat-Free Gluten-Free Quarter Pounders; which means that a gluten-free diet can still include easy to cook and tasty meals. Although I’m not gluten-free personally, I work with people who are (and many of them are vegetarians or are trying to watch their weight as well!) and I give a massive thumbs up to any company who make their shopping habits easier.

I’ve tried both of Quorn’s new gluten-free products (they actually have over 30 more existing gluten-free products!) and give them a big thumb’s up – even my sister (fellow meat lover!) enjoyed them! We enjoyed the gluten-free sausages in one of my latest recipes for Autumn.. a Healthy Gluten & Meat Free Bean Casserole.. it was so good! And we had the amazing gluten-free quarter pounder burgers with salad and sweet potato wedges at the weekend – I actually had two they tasted so good (they have a lovely BBQ flavour!).

… Have you tried any of the new gluten-free range? If so, what do you think? 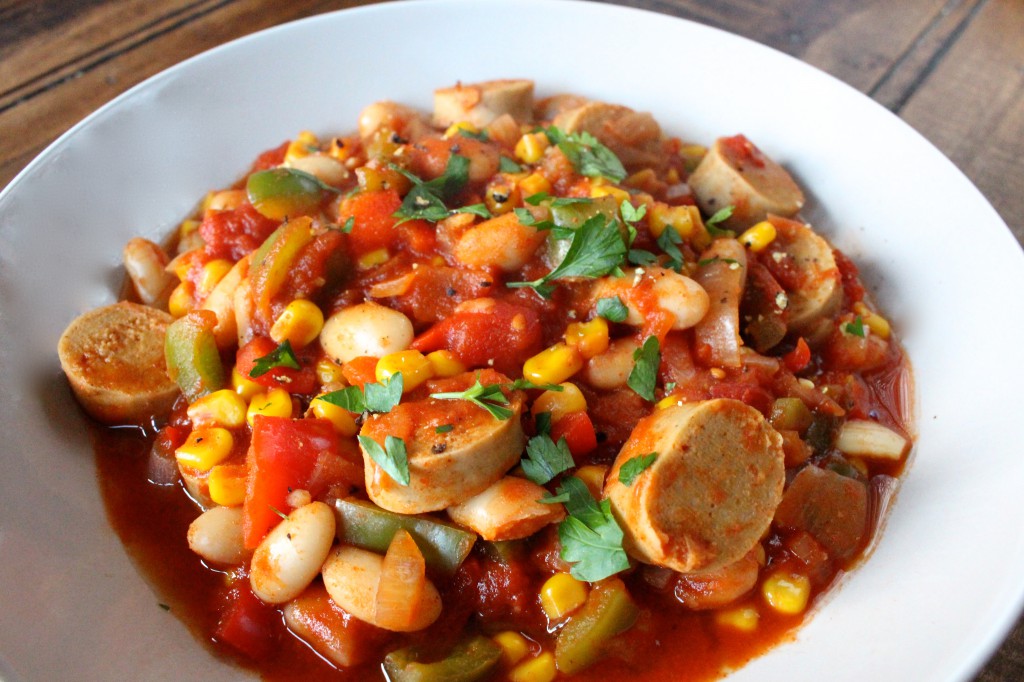 *This blog post has been written in collaboration with Quorn who I work as an ambassador for – you can read more about this collaboration [here] and my disclosure page.