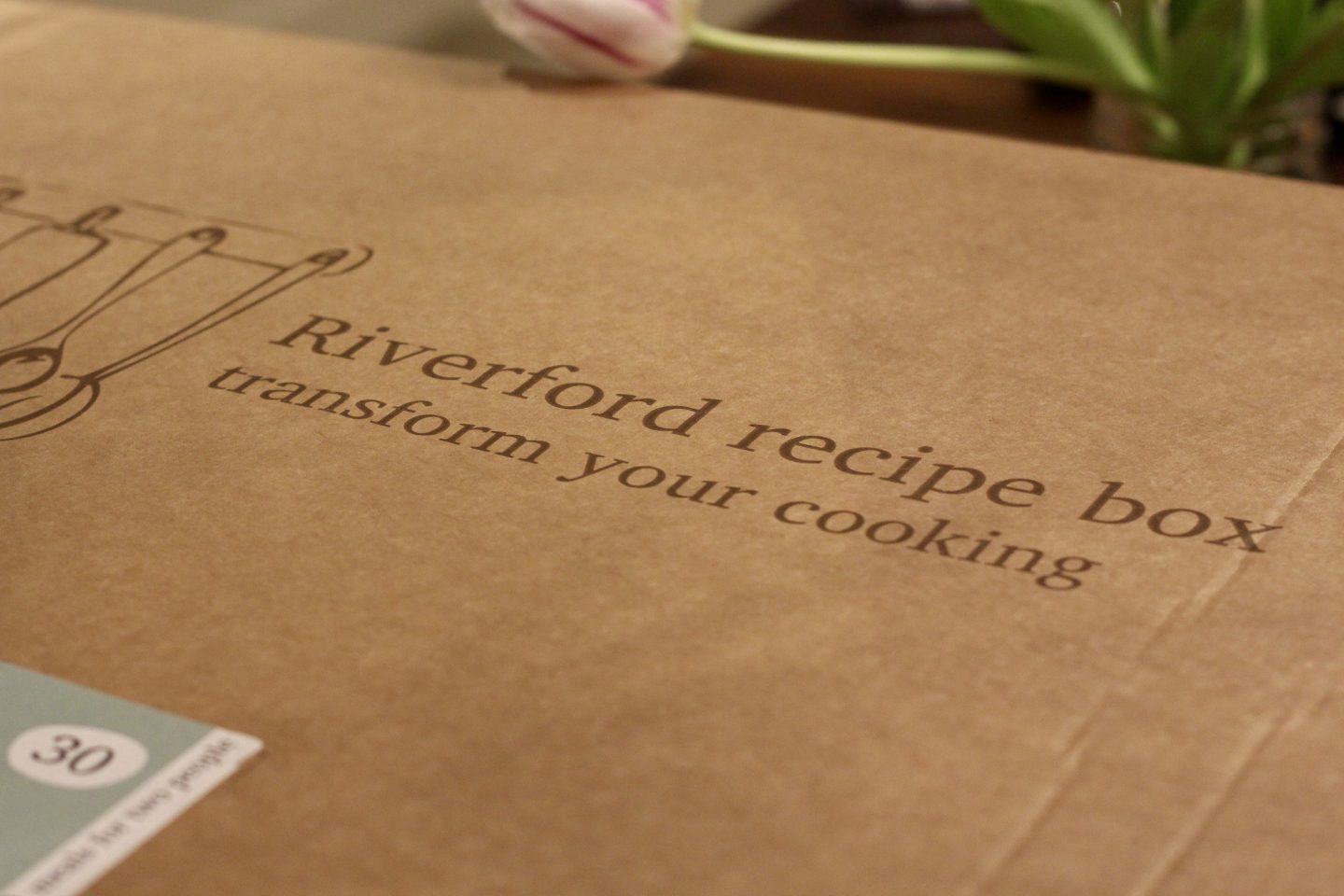 The other week Riverford asked me to get involved in their “Drop a Day” and “How much Meat” campaign which involves ‘dropping a day of meat or stretching it further’ and instead eating more a plant-based diet.

In case you haven’t heard of Riverford before, they deliver organic vegetable, fruit and meat boxes to homes all around the country from regional farms and more recently have started to deliver ‘recipe boxes’ too. The recipe boxes are brilliant; they make cooking healthy meals easy and simple; you are provided with recipe cards along with all of the ingredients that are already weighed out ready to use. It’s like having a personal cookery lesson in the comfort of your own home and the instructions really are fool proof!

The Riverford box scheme was started by a chap called Guy Watson, who began delivering his organically grown vegetables from his Riverford farm locally to 30 friends in Devon. His aim was to provide good quality, organic produce at a price that people can afford and I am really am impressed with the brand that he has grown and the environmentally friendly and sustainable service that he has created. 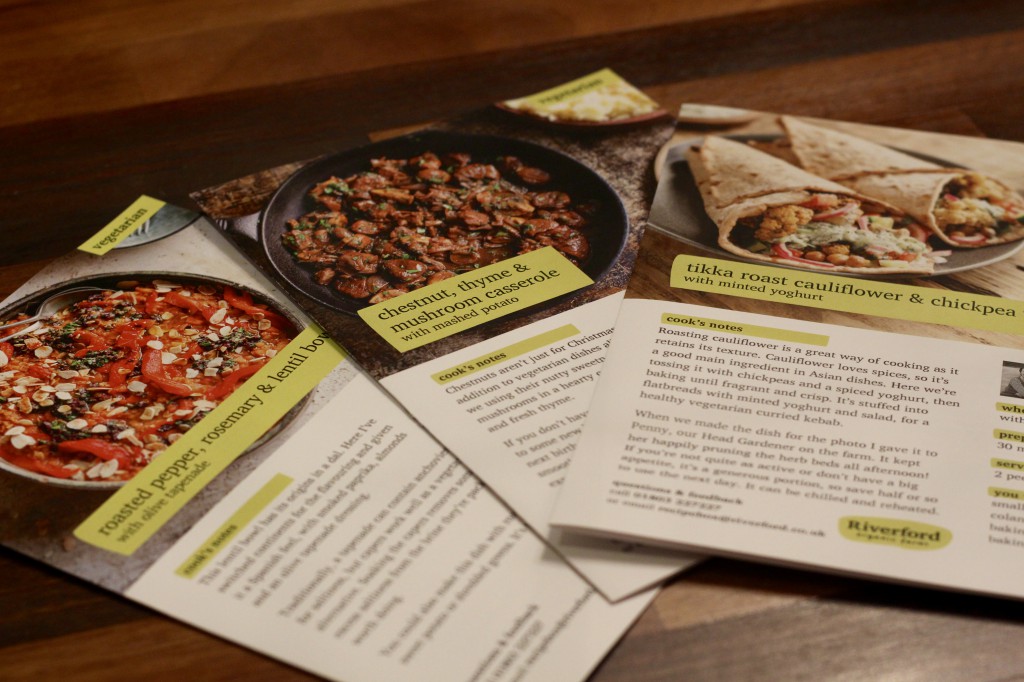 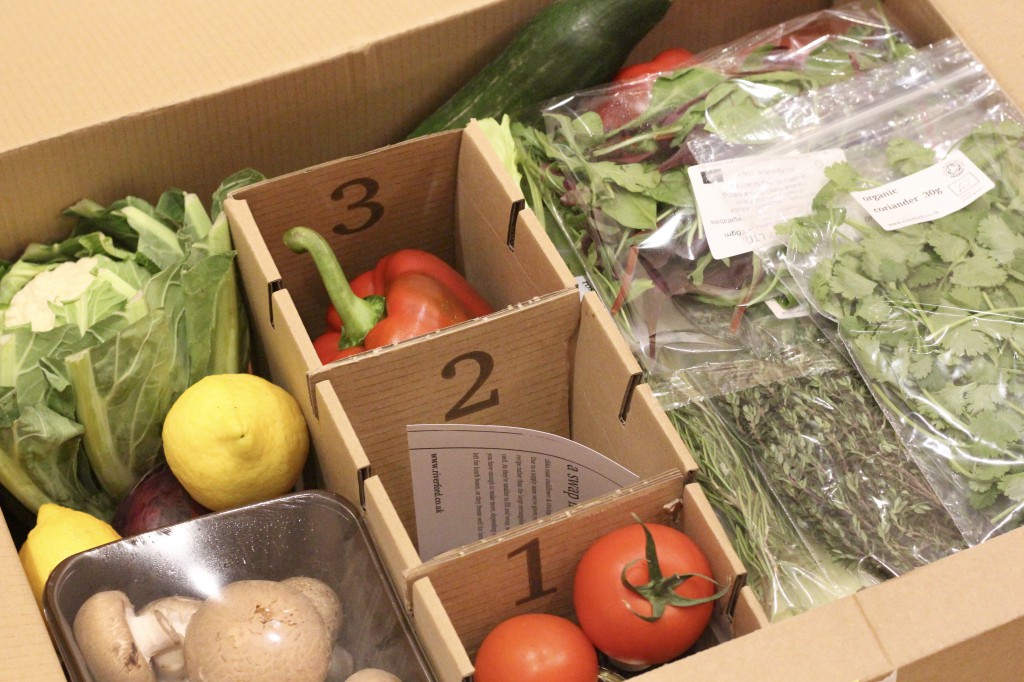 Riverford’s philosophy to healthy eating is similar to that of my own; base your diet around meals that have vegetables as the star and meat as the occasional luxury. My personal diet is around 80% meat-free, with protein instead coming from dairy foods such as yoghurt, milk and cheese, eggs, pulses and beans. And when it comes to eating out I nearly always choose a fish dish. The reasons for my choices are mainly down to personal preference (taste) however there is a health aspect too in that I don’t like to consume too much processed meat i.e. sausages, bacon and burgers.

Although meat is a good source of protein and nutrients such as iron and zinc, the Department of Health now advise us to eat no more than 70g of red and processed red meat a day, which is the equivalent to two thinly cut slices of roast lamb, beef or pork, a 3.5 oz beef steak, 2 slices of black pudding or 3 slices of ham. The reason for this restriction is down to the fact that eating a lot of red and processed meat may increase the risk of bowel cancer. 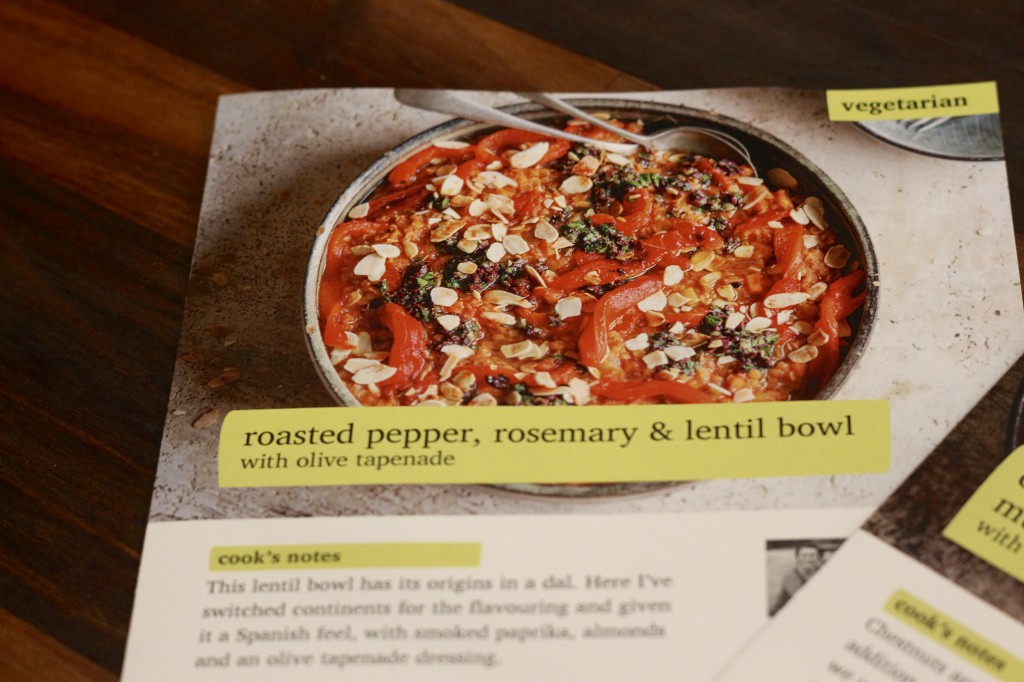 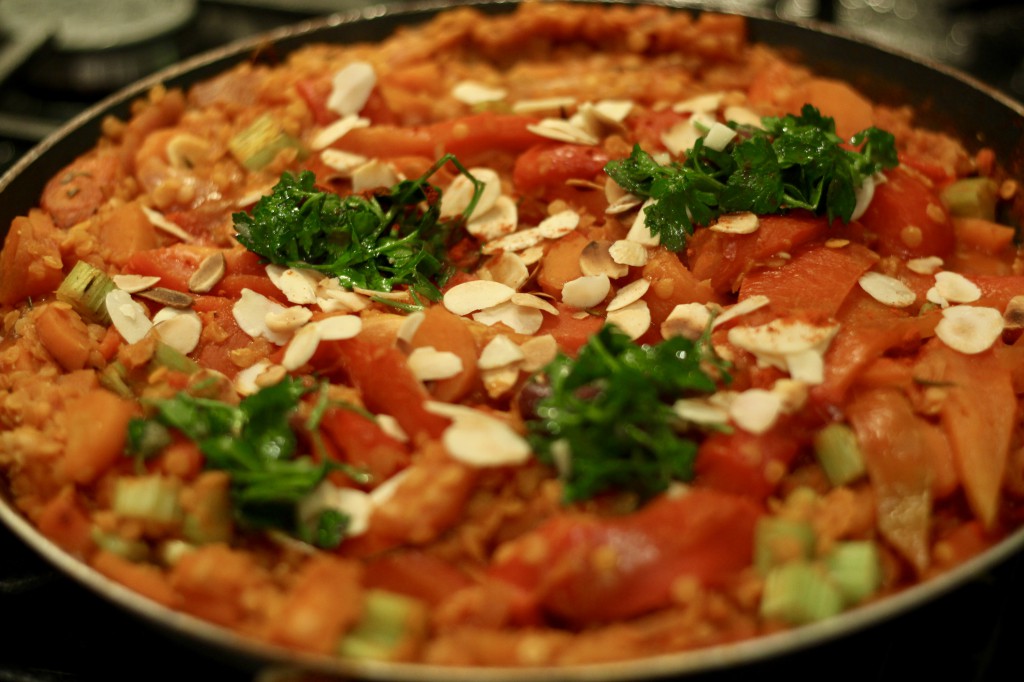 Riverford’s main reason though for encouraging us to eat more vegetables and less meat is for the environment; they take into account the fact that animal farming can lead to pressure for deforestation and the intensification of production on existing land, in addition to contributing to methane production. Riverford aren’t against us eating meat altogether though, they simple encourage that if we are going to eat it then let it be better quality, less often, in small quantities and with complete confidence that the animal has been treated respectfully.

Whether it’s going from three days to two, or even seven days to three, Riverford believe that eating less meat will have a positive impact on the planet as well as ourselves. 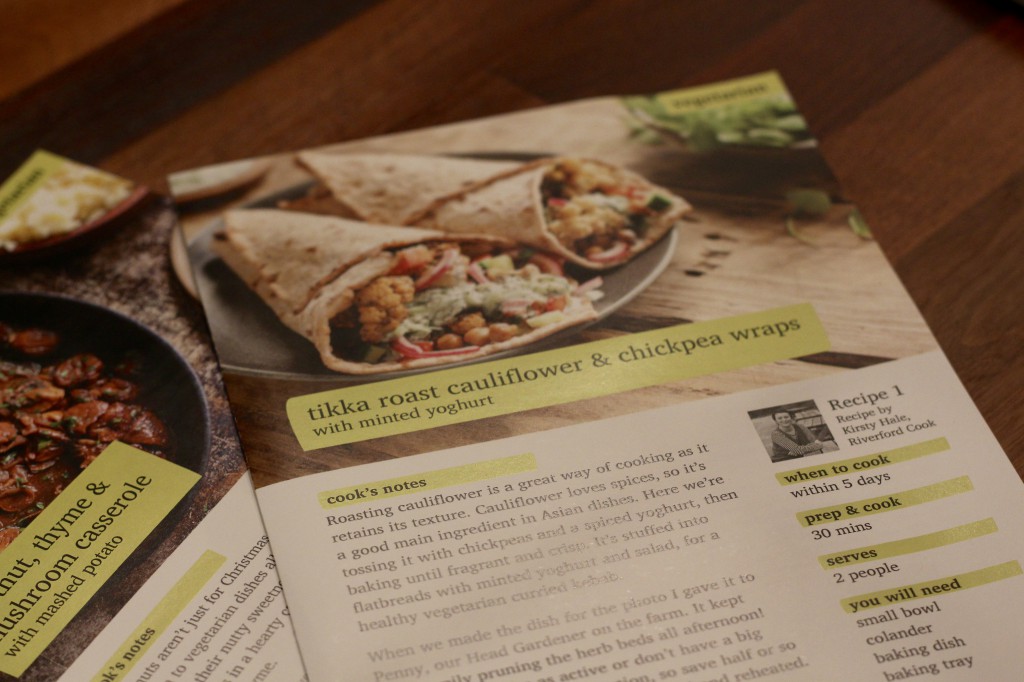 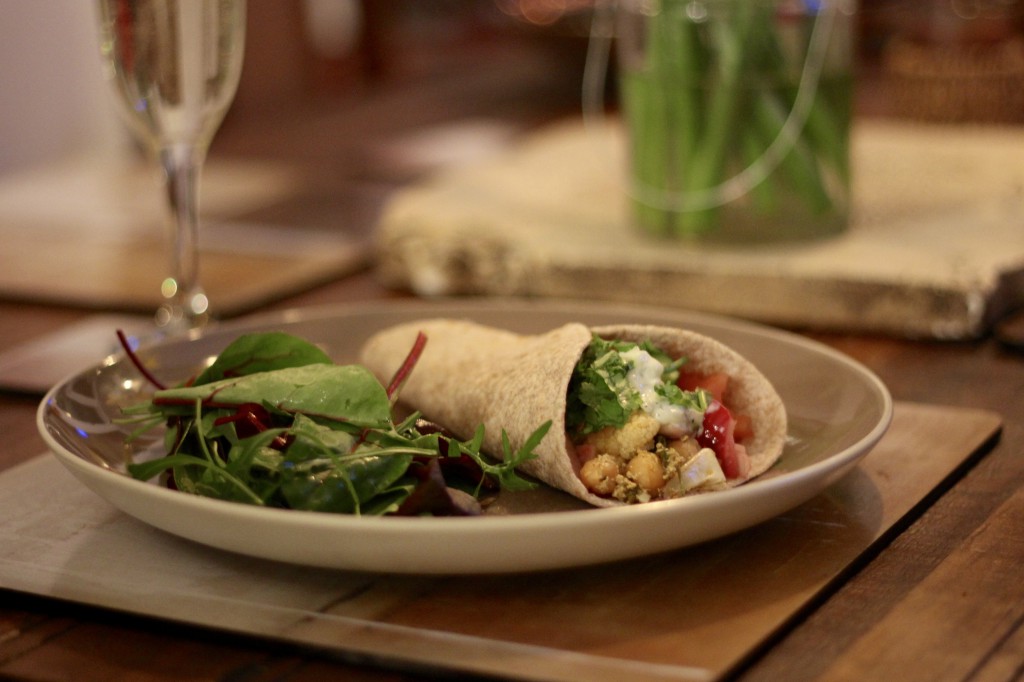 I tried out Riverford’s recipe boxes last week (their original and vegetarian) and I have to say that I’ve been really impressed. The meals were not only quick and simple to make but they tasted delicious (thanks to the perfectly put together flavour combinations!) and the portion sizes were very generous (I got the recipe box for two people but a meal could easily serve three). The benefits of a recipe box are that the planning and preparation is done for you – all you have to do is chop, cook, serve and eat! I also loved the fact that the meat-free dishes got a thumbs up from the meat-lovers in my family and friends too! The box that the food is sent in is also recyclable and the Riverford team collect empty boxes once you’re done with them.

Have you tried Riverford before? I would love to know what you think and if not, you can find out more on Riverford’s website! 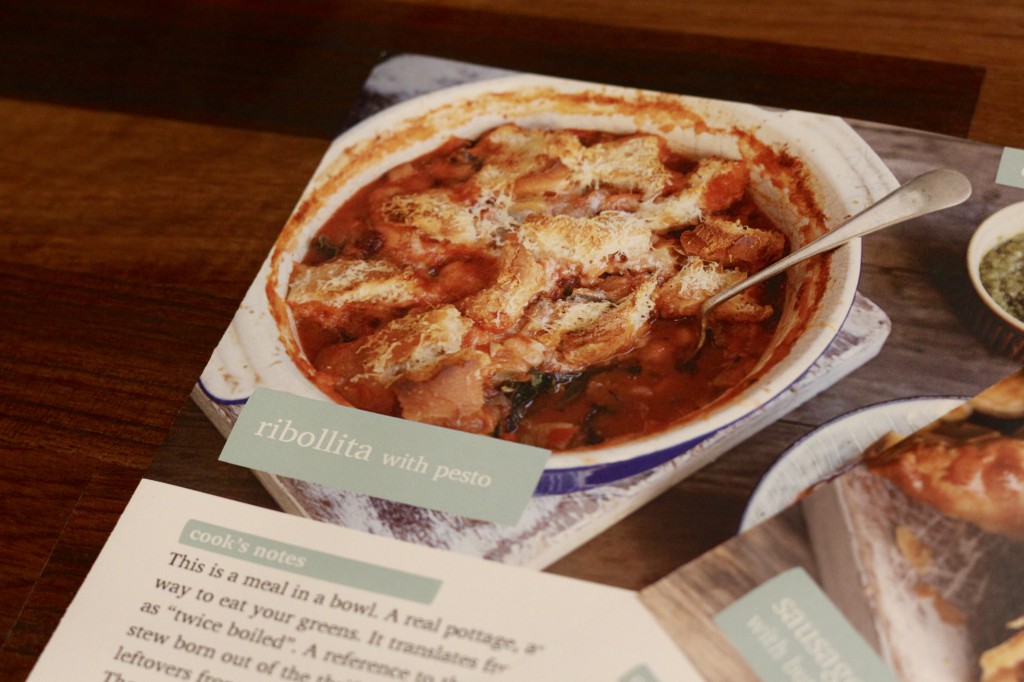 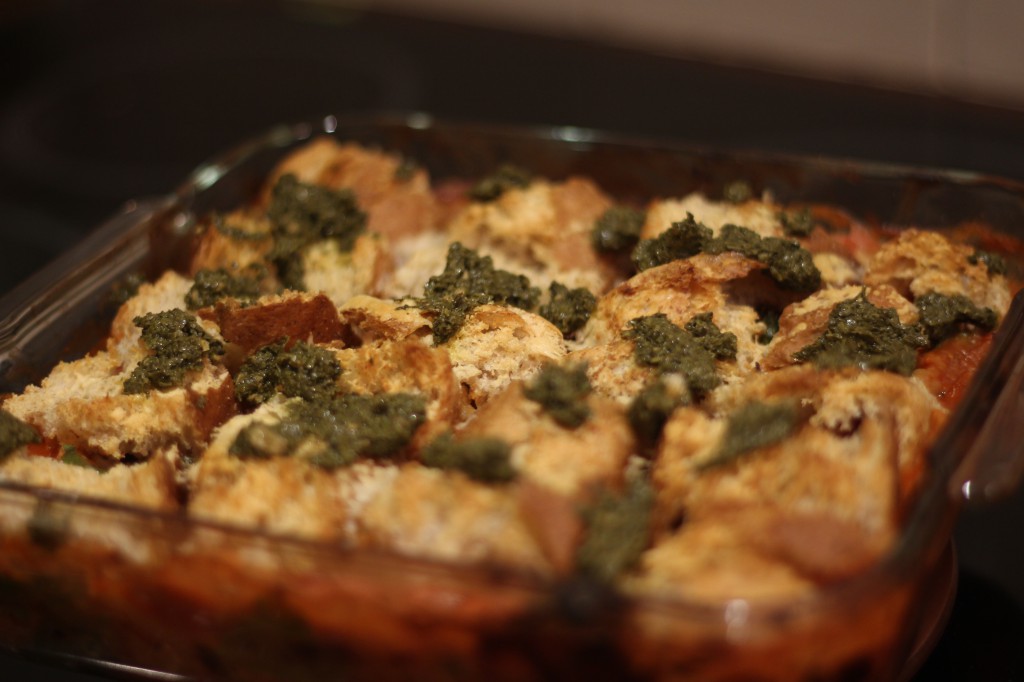 I really hope you find this review useful 🙂

*This blog post was written in collaboration with Riverford. All words are my own and opinions are 100% honest. Please read my disclaimer page for more information.